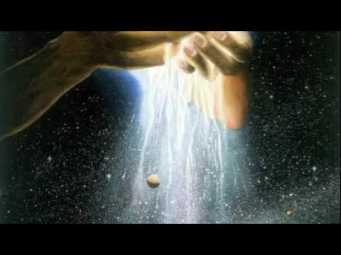 The rest of this series is going to be about spiritual warfare. Spiritual warfare has its origin in a rebellion of many angels against God. Satan is seen as the prince of this world, leading an array of forces opposed to God. Although disarmed by Jesus Christ on the cross, they remain a powerful threat to the church and to individual believers.

As you can see, this war has been going on for a long time. The enemy knows your every move because he was there before you were created and he has been there during the entire time of your life. In the military, wars are won by knowing the the opposition’s weaknesses. This is also true in the spiritual world. The enemy, satan and his demons, know your weaknesses better then you but we as christians already know the outcome of this war because Christ already won it. Yet, it is amazingly interesting on how many times we still struggle with our weaknesses.

The question that comes to mind is,”do we know our weaknesses? And if so why do we persist on giving them strength by constantly allowing them to drive us? Or do we like to keep our weaknesses around in order to have an excuse later when we have failed attempts? And/or do we like to have others’ attention?” The first battle we need to win is with ourselves. If we can’t conquer our weaknesses, we will never be able to resist the enemy when he flashes what we like in front of our eyes.

Things to think about:  What are my weaknesses? How do I overcome them?

Stay tune for the next in the series,”How to protect yourself”

A Pastor, a Father, a Brother, a Son, a Musician and Poet. I love simplicity in life and challenges of the mind. View all posts by Carlos Montanez

Faith in Science | Science in Faith

"My grace is sufficient for thee: for my strength is made perfect in weakness."--2 Cor. 12:9

Sincerely From
The Life Experience

Apps for any screen

The art of designing your life

The latest news on WordPress.com and the WordPress community.